Scientists from the University of Göttingen found that the progression of fibrosis is associated with a switch in splicing of the protein EYA1. If the abundance of the splice variant EYA1-A is increased in disfavour of variant EYA1-C, an increase of fibrosis is observed. In a mouse model the down-regulation of the EYA1-A tyrosin-phosphatase activity effectively attenuates the progression of kidney fibrosis in vivo.

The treatment of Fibrosis is still an unmet medical challenge, since the progression of fibrosis cannot be put stopped, once chronic lesions have manifested in an organ. Without an effective therapy the progression of Fibrosis in an organ inevitably leads to organ failure and an expansive and risky transplantation is the ultimate solution. On the one hand this is a heavy burden for the patients and on the other hand it is extremely expansive for the national health systems. Additionally the number of patients suffering from this common disease is very high. For example about 10% of the global population suffer from the chronik kidney disease CKD, where fibrosis slowly, but inevitably leads to kidney failure. Thus an early and therapeutically effective treatment would be highly desireable for patients and the health system.

The variant EYA1-A acts as a Tyrosin phosphatase which activates a rapid DNA repair mechanism via non-homologues-end-joining, which promotes the proliferation of fibroblasts. In contrast, the EYA1-C splice variant has a serine specific phosphatase activity, which activates anti-fibrotic BMP7 signalling pathways. Thus it was hypothezised, that down-regulation of the EYA1-A phosphatase activity protects from fibrosis. This could be shown by two methods. In a first experiment, the splicing of the "bad" variant EYA1-A was inhibited by exon skipping using vivo-morpholinos. This significantly reduced the progression of fibrosis in a fibrotic mouse model (Fig.2). 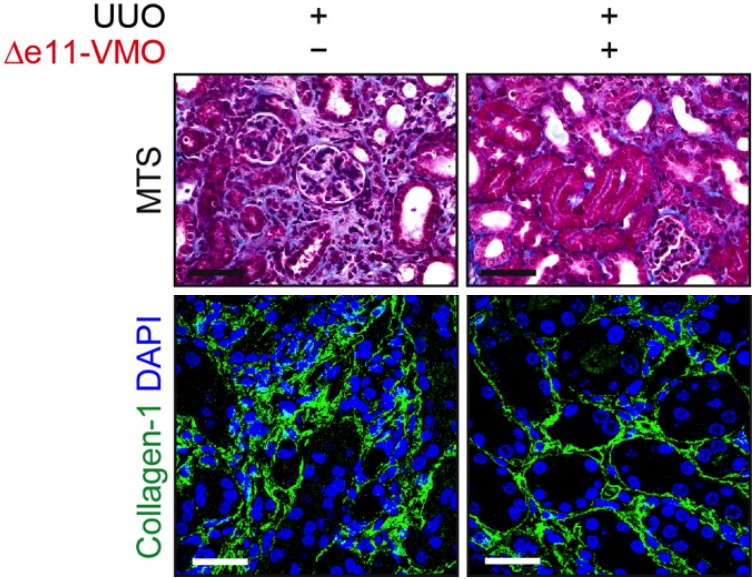 Figure 2: Reduction of fibrosis indicated by lower densisty of Collagen-1. A vivo-morpholino used for exon skipping attenuates progression of fibrosis in vivo (Fibrosis was induced by unilateral ureter obstruction)

Further an FDA-aproved Drug Library was screened, to identify substances which inhibit the tyrosin-phosphatase-activity of EYA1-A. The substances Caffeine and Na3VO4 were found to efficiently block the tyrosine phosphatase activity and could readily be shown to reduce fibrosis in vivo (Fig.3). 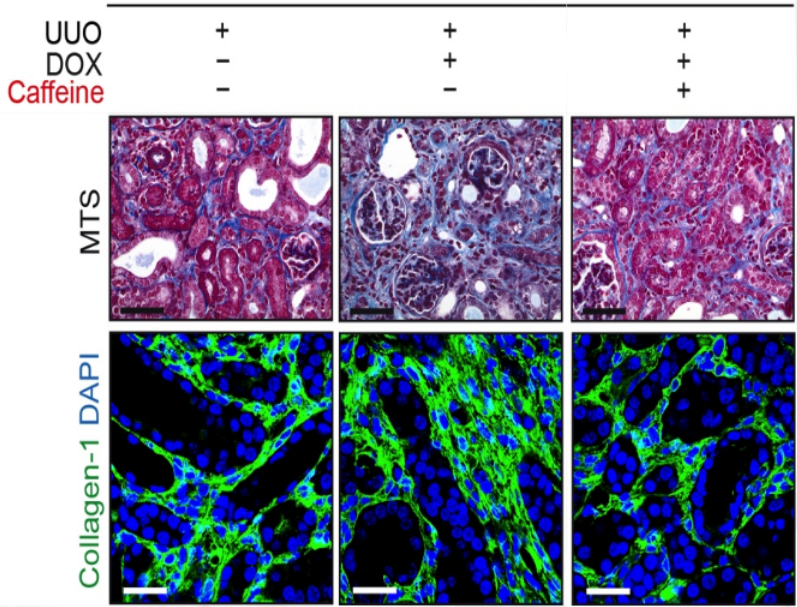 Figure 3: Progression of fibrosis was induced by UUO, is further promoted by doxycyclin (DOX) and can be blocked by administration of Caffeine.

It was found, that the amount of EYA1-A correlates with the progression of the chronik kidney disease and that Patients with higher amounts of EYA1-A endet up faster and more often in the End-Stage-Renal-Disease (ESRD).Interestingly a single nucleotide polymorphysm in the EYA1 gene, with a prevalence of 22% in the western population, leads to an increase in the abundance of EYA1-A-expression, making those patients potentially prone to CKD.

Preclinical. The importance of EYA1 has been shown by its impact on human health and by an attenuation of fibrosis in a mouse model.

We have filed a PCT patent application, which puts us in a position to offer worldwide licensing rights.(Applicant: Georg-August-Universität Göttingen public law foundation).