The aim of this laser-based technology is to establish laser markings for individual identification and tracing of slaughtered animals, in particular pigs, as their individual ear tags are often torn off during the bristle removal process. A laser marking directly before the bristle removal could greatly improve traceability. This serves on the one hand for product transparency, which is demanded by many modern consumers, and on the other hand for internal traceability to make it easier to sort out unfit carcasses after a laboratory test.

Nowadays, slaughtering livestock is often done in large slaughterhouses, where a large number of animals are butchered and processed in a short time. Here, it is important to be able to trace back to which animal the body or parts of the body being processed belongs for as long as possible. This is important for example in order to comply with health and consumer protection regulations to be able to assign pieces of meat to specific animals and thus to specific farms after the processing of the carcasses. In this way, sick animals and their parts can be identified at a later stage after or during processing and if necessary removed from the process chain. With the present procedure, however, it cannot be ensured that the markings will survive the intense and abrasive process steps of depilation and cleaning.

Scientists at the Laser Zentrum Hannover, Germany, developed a laser-based method for processing and marking of animals during slaughter. The invention is based on individual robust laser markings, which can be applied very fast (within few seconds) and withstand the depilation and cleaning process. Automatized visual recognition of the markings is possible to realize a tracing system. 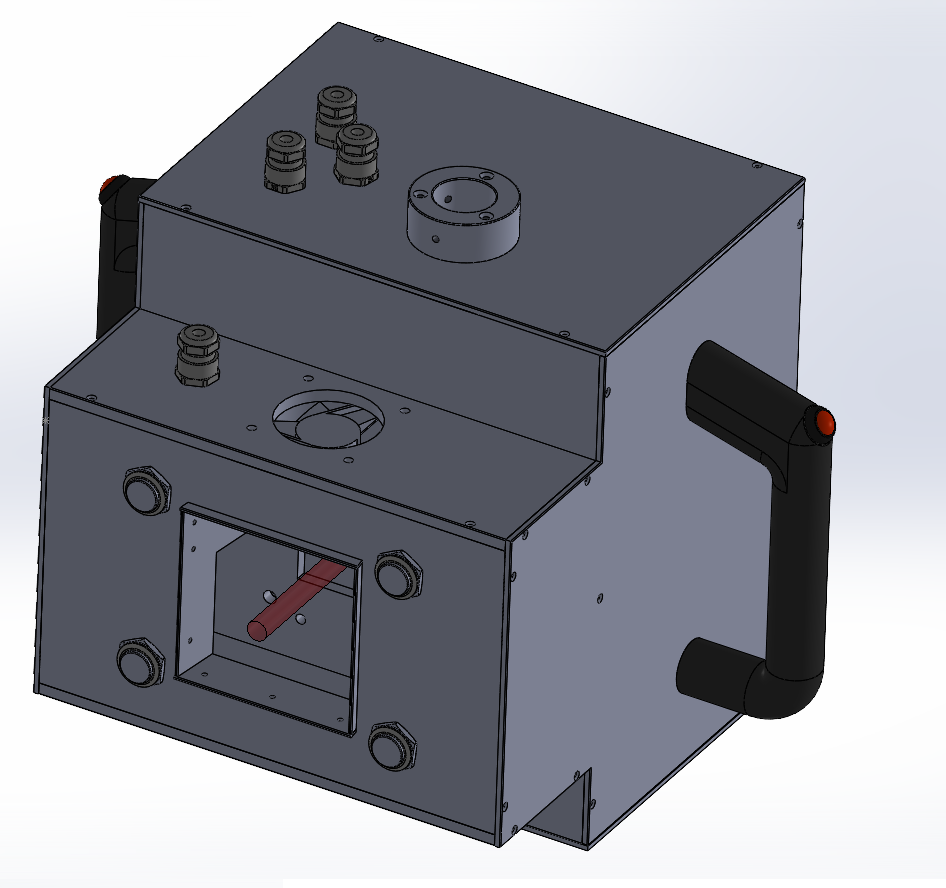 Figure 1: CAD picture of a demonstration unit. It can be used to demonstrate the method inside a slaughterhouse. The laser enters the demonstrator through the ring on the top. It leaves through the front window to set the markings. The window is surrounded by four push buttons (laser safety). A fan serves as smoke exhaust placed above the front window. Source: J. Foko. 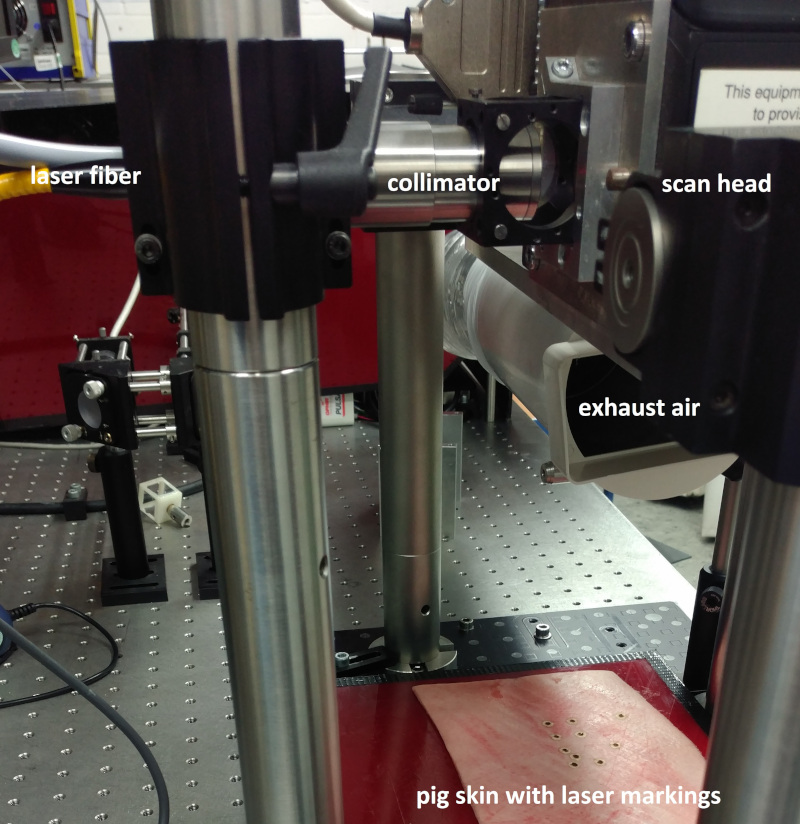 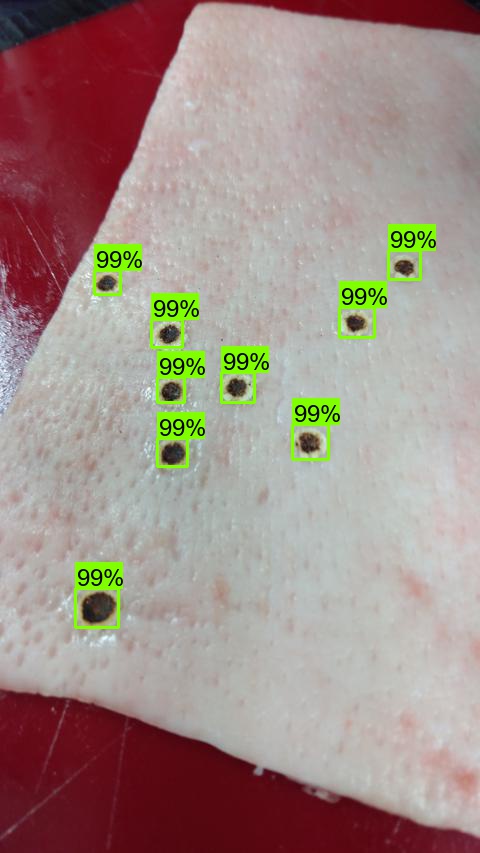