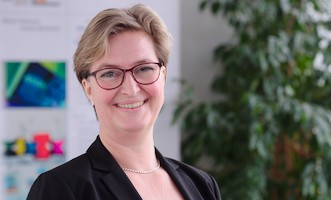 From 1993 to 1998 she took over responsibility of the scientific care and the reconstruction of the cultural historical collection Heinz Kirchhof, at the University of Göttingen.
In 1999 she did further education with event management.

She worked from 1999 to 2001 at IWF Knowledge and Media Göttingen and was responsible there, for example, for the organisation of the 5th Göttingen International Ethnographic Film Festival.